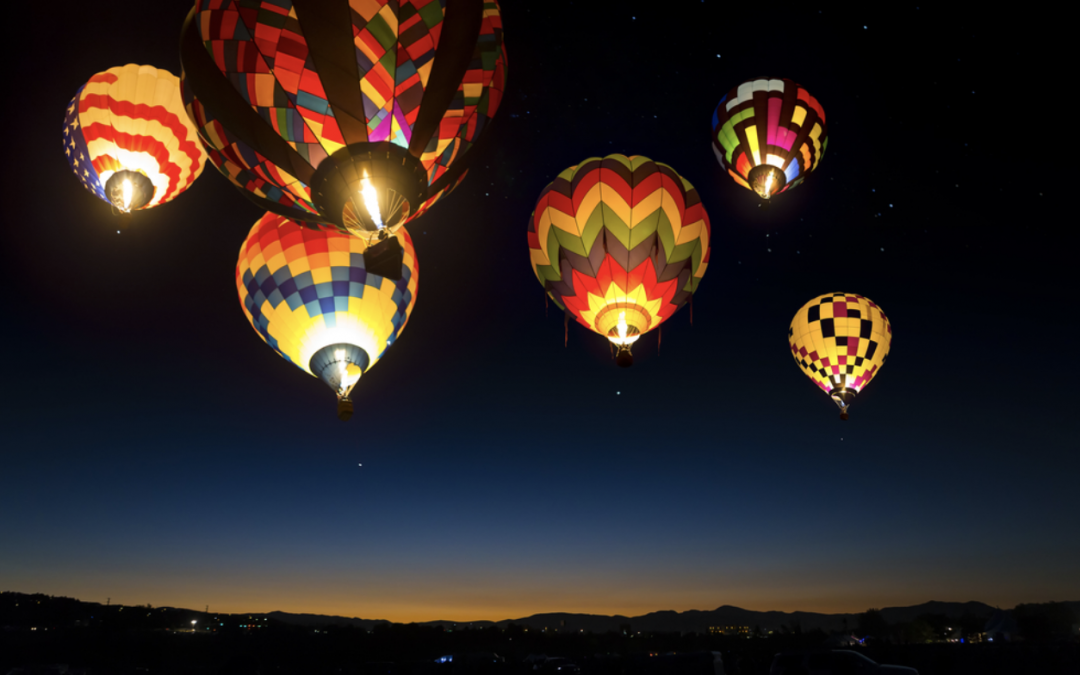 There are few experiences more romantic and breathtaking than gliding over a beautiful landscape in a hot air balloon. It’s just enough adventure without veering into the more heart-pumping extremes of hang-gliding or sky-diving. Any kind of thrill ride that allows you to drink Champagne during it is our kind of excursion. These are some of the best places to take part. 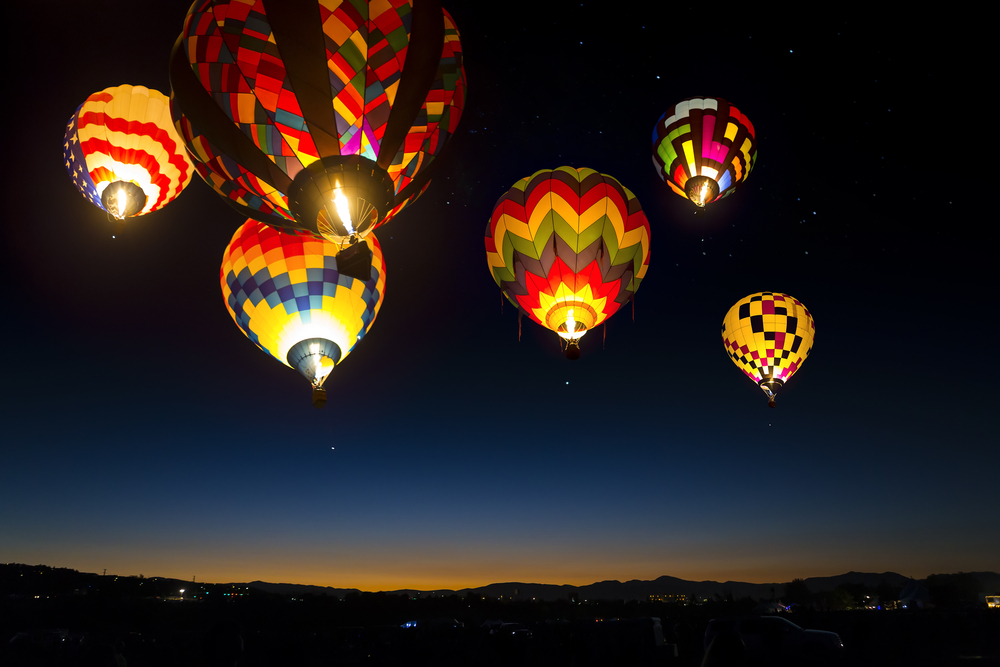 The annual Albuquerque International Balloon Fiesta takes place in October and this year will feature 550 balloons. Dawn launches and twilight balloon glows take advantage of the crisp autumn weather and unveil the whole of the Rio Grande Valley as the changing light plays off the mountains and valleys. The highlight of the nine-day festival is the mass ascension, when all participating balloons take off at the same time, filling the sky as far as the eye can see. 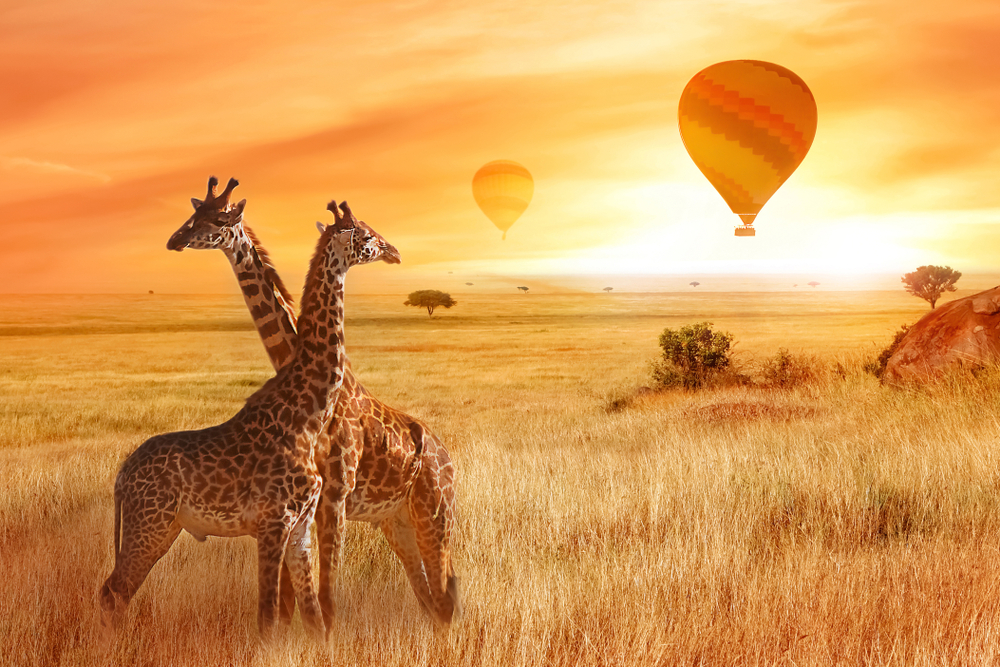 Safari from a whole new perspective with a balloon ride over the Serengeti, where you can the large scale interaction of the whole ecosystem of animals from a bird’s eye view. Watch as predators lie in wait for their prey, which is constantly on the lookout to protect the herd. It’s like a game of chess with the ultimate stakes. The endless plains and Maasai villages dotting them are great as well. 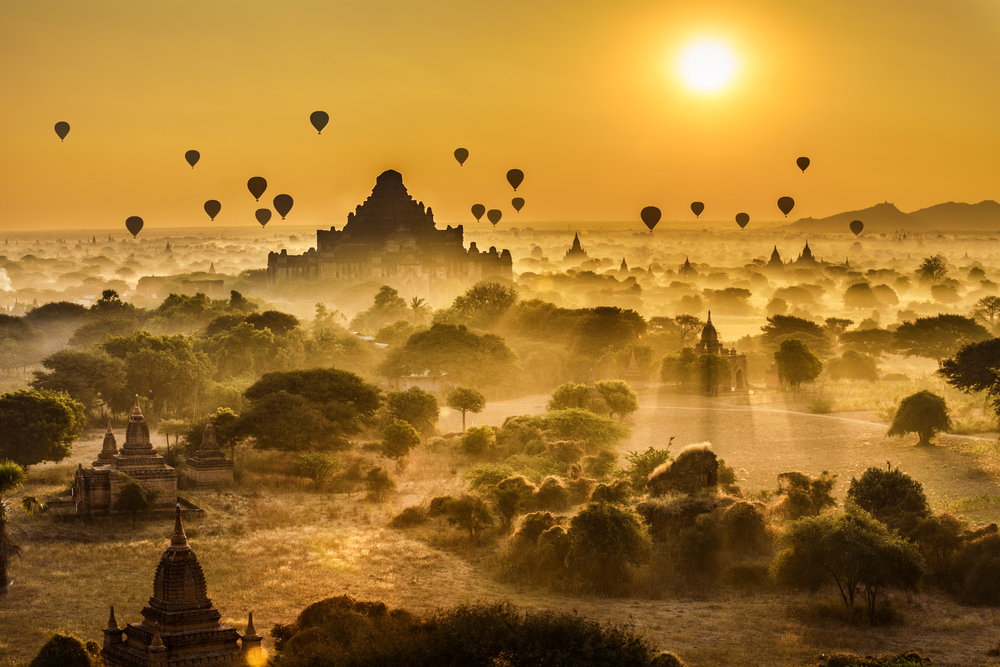 Thousands of temples and pagodas built hundreds of years ago sit silently among the trees in the golden city of Bagan, which served as the capital of the first empire to unite the lands that became Myanmar. The Irrawaddy River snakes its way past the city, with islands galore breaking up the flow. It’s the only way to check out all the architecture without spending years trekking from temple to temple. 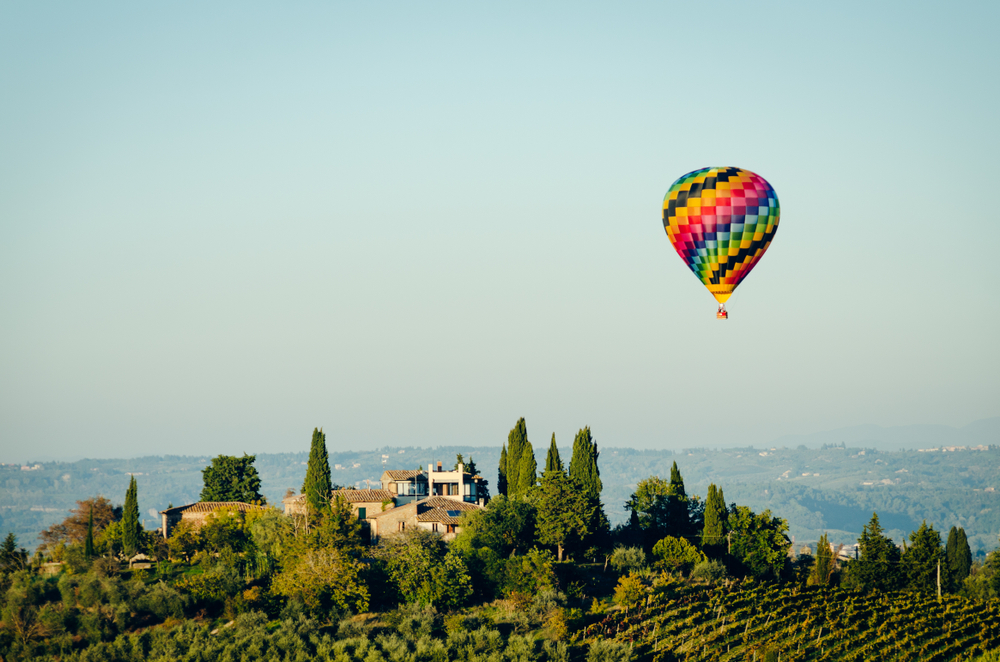 Those rolling hills look even better from a thousand feet up. The walls of medieval hilltop cities seem so easy to breach by just dropping in from above, and you’ll get a taste of just how many acres of vineyards and olive groves there are discover. The beauty of the region is timeless, and flights usually comes with prosecco, cheese and olive oil tastings. Hard to say no to that. 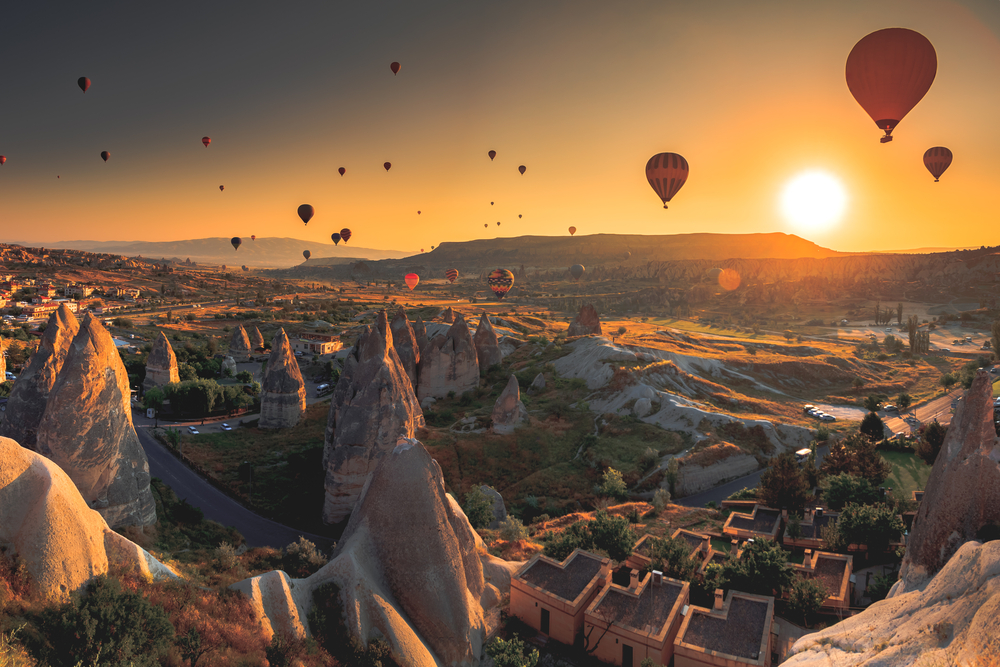 The Turkish region is littered with “fairy chimneys,” spire-like rock formations that jut out from the earth. Some even houses and churches carved into them. There are also orchards and vineyards to glide over. Cappadocia is so lovely that more than half a million people go ballooning there each year, accounting for most of the world’s annual rides.